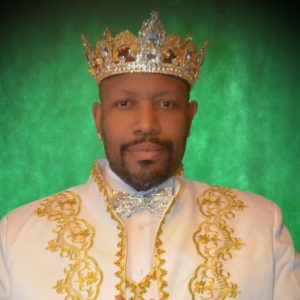 Empress 16 & 26 of the Imperial Sovereign Queen City Court of the Buckeye Empire All of Ohio INC. I moved to Cincinnati, OH in 2002 simply to become involved with the ISQCCBE. I had been traveling to Cincinnati from a little town north called Lima (yes the infamous Glee town) to help raise money for the court. During that time I was asked to be Imperial Crown Princess to Reign 14
and became an even more active member helping to raise almost $85,000.00. Two years later I stepped us Empress 16. In 2014 I was the first Empress of the ISQCCBE to be awarded the Jose Honor. In 2017 I chose to campaign again to be Empress and stepped up as Empress 26 of the
ISQCCBE becoming the First Twice Elected Empress of the ISQCCBE. 2017 was also my decade year so I was the first empress to actually be the decade and the reigning at the same time and along with our membership we raised over $100,000.00 for our charities.

During my time in Cincinnati I have been honored to serve on several Board of Directors including the ISQCCBE where I have served as President, Vice President and current secretary. PFLAG where I served as Vice President and President, Cincinnati Pride where I currently serve as President,
American Foundation for Suicide Prevention where I am the Out of the Darkness Walk Chair. I have also served on committees for NKY Pride, GLSEN Prom, AFSP National Survivor Day and am the show hostess for our weekend drag show at The Cabaret. In my professional life I am the Sales Support Specialist for Robert Rothschild Farm, a sauce, spreads and dip company.