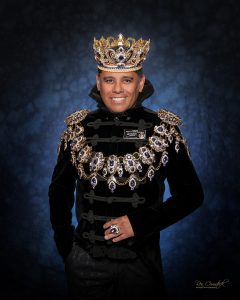 A Celebrity Hair Stylist and Make-up Artist since 1987. I have studied in Costa Rica, Spain, England and the United States. A native Costa Rican, but now resides in New York with my husband Billy Wood-Bastos. I have worked with some of the most prestigious cosmetics companies in the world such as NARS and MAC, as the lead trainer for the East Coast of the United States.I have also been a Consultant and Judge for National and International Beauty Pageants such as Miss Costa Rica, Miss World, Model of the World and Universal ShowQueen Pageant in Hawaii. I have worked with Reality Series Personalities on TV and with International Recording Artist suchas Reina, Veronica, Expose, LeChic and Robin S. In the Fashion World I have had the honor of working with Richie Rich, Luka Luka and Ermenegildo Zegna.

This year in Costa Rica I received the most prestigious Award given to someone in the LGBTQ Community,

The 2018 Pride Award for "Figure of the Year", for my work in the United States and Costa Rica bringing awareness and fundraising for the LGBTQ Communities.