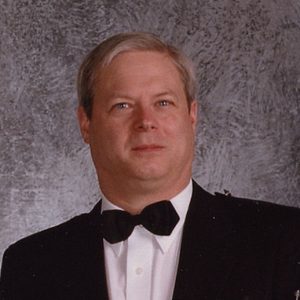 A native of Washington State, Peter grew up in Yakima and Olympia, Washington. Following graduation from the University of Washington, Peter attended the University of Hawaii for his graduate studies. It was in Hawaii, that Peter became involved with the Court of Hawaii attending the first coronations and numerous shows. One of the early drag shows produced by Peter, on the Island of Molokai was shut down by the Mayor of Maui and but was successfully overturned by the ACLU. In addition to working in the drag community, Peter wrote for numerous local publications including: This Week in the City of Honolulu, Bob’s Bulletin and the Gayzette (the official publication of the Court of Hawaii).

Returning to Washington, Peter became involved with the Court of Bellingham, the Evergreen Empire. Probably one of the most titled court members: Peter has been Emperor five times, Imperial Prince three times, and Mr. Gay Washington 2006-2007. Peter is currently serving his sixth term as Board President, in addition to the three terms as Vice President and eight terms as Secretary. Having received every award the Court of Bellingham bestows, Peter has also been recognized for his court services as a Citizen for Life in the Courts of Seattle, WA, Olympic and Rainier Empire; Everett, WA, Empire of Dreams; Eugene, OR, the Emerald Empire; and the United Ebony Council of Washington along with honorary life time titles from the Dogwood Monarchist Society, Vancouver, B.C; the Empire of the Peace Arch, Surrey, B.C; and the Court of the Chinook Arch, Calgary, A.B.

In addition to his work in the Gay Community Peter has been a bagpiper for over 40 years with five solo grand aggregate titles. Peter serves as the Pipe Major of the Bellingham Pipe Band and has organized numerous events for the Scottish Community.