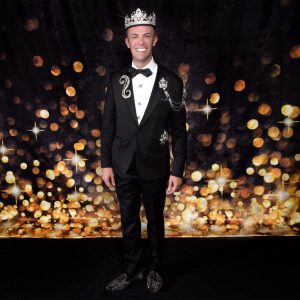 Fred is a native of Lexington, Kentucky and attended the University of Kentucky.  In his professional life, he is the Vice President for a local, family owned, real estate development and property management firm specializing in multi-family low income housing developments.  He has extensive experience in grant funding and grant administration.  Fred has been an active member of the GLBTQ community in Lexington for over 15 years.   During this time Fred has supported local charities such as  Aids Volunteers of Lexington (AVOL), Moveable Feast, JustFund Kentucky, the Pride Community Services Organization (PCSO), Lexington Fairness, the Scott County Humane Society, Big Brothers Big Sisters of the Bluegrass and more.   During his Reign as Emperor 30 of the Imperial Court of Kentucky, he and his Empresses outreach and fundraising efforts were focused on local and national fundraising as well as the nourishment and mentoring of future leaders within our local community.  During his involvement in the Court System Fred has traveled to various realms, some of which include, New York, Austin, San Diego, Boise, Buffalo, Boston, Montana, Las Vegas, Cincinnati, Washington DC, Halifax and others.   Fred has served on numerous successful fundraising committees, chaired various events and served on governing boards including the Imperial Court of Kentucky.  During his tenure on the Board of Directors of the Imperial Court of Kentucky he served as Vice President and Secretary on different terms.  Fred has also served as Coronation Coordinator and Minister of Protocol on the College of Monarchs of the Imperial Court of Kentucky.   Local and national politics are a huge part of Fred’s focus.  He feels that support in local government is essential in continued progress and equality within our community.   Fred believes that great friends are the key to a happy and successful life.