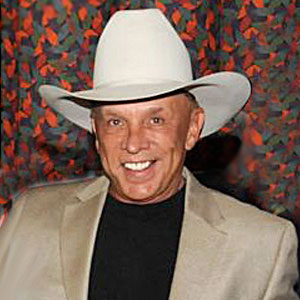 Terry Sidie was born on a farm in the Midwest. At a very early age, Myron – Terry to most of you – longed to leave that small farm and live in the big city. This happened finally in 1964 when Myron jumped on a Greyhound Bus and landed in Detroit Michigan. Thus began a life of dedication to LGBT rights and equality, which includes a scar on his eyebrow from a battle lost.
At that point, Myron was a very innocent, naive, boy who quickly learned the new ways of the world. One of those new ways changed Myron’s name to Terry and along with that change came Terry’s new and improved sexual identity.

After a few years, Terry moved to Hollywood California and several years later, joined the Air Force to see the world and was stationed in Sacramento, California.

Thinking to himself, “How can I stand 4 years of this?!”, Terry decided to make the best of it and while in the Air Force all day, bartended at the Montana Saloon all night. Terry’s desire to own his own bar ultimately got him fired from the Montana. While still in the Air Force, he did indeed open his first bar, Bojangles, and the rest is a history of love between Terry and Sacramento's Gay Community that continues to this day.

In 1985 Terry opened Faces Nightclub which has gone on to become Northern California's largest and #1 gay bar & dance club for 29 years running.
Terry Sidie is the owner of Faces Nightclub, Headhunters Video Lounge & Grille, and Verona Village Resort. He is also the founder of Rainbow Festival, and is heavily involved in CGNIE, Midtown Business Association, and the International Court Council (the second oldest gay organization in the world). Terry has served both as Emperor 13 and Emperor 37 for CGNIE, Inc. and served as an heir apparent under both Empress 1 Jose the Widow Norton and Empress Nicole the Great.

Terry loves politics and will quickly, and sometimes without thinking, give you or the city his views on what he believes is right or wrong. Terry is often recognized as the iconic founder of Midtown's Lavender Heights. An area that he insists someday will be crowned with huge arches proclaiming them to be the entrance to "Lavender Heights".
Since Mama Jose’s passing, Terry is interested in helping in any way possible to keep her dreams alive. It is now our place to carry the torch for her, the GLBT lifestyle, and camaraderie between all nations and people.

GOD SAVE THE QUEEN