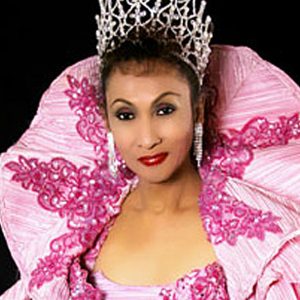 Karina Samala is a member of the West Hollywood Transgender Advisory Board billed as the first-of-its-kind Advisory Board. The board give recommendations to the city and the City council on matters relating to the transgender community such as employment, housing, health care, education, equal rights and hate crimes prevention.

Karina was honored with the “Mother Earth” award from Orange County in 1997, the “Reflections Humanitarian Award” in 2000. She established in 2001 the “Nicole Murray Ramirez Scholarship Fund”, which offers yearly scholarships to various education institutions. The fund distributes scholarships to students without partiality to gender, ethnicity, sexual preference or lifestyle.

Ms. Samala is also the chair of the City of Los Angeles Human Services Commission Transgender Working Group. In her capacity as chair, Ms. Samala has coordinated with the Los Angeles Police Department on a committee that held a public forum, formulated and distributed a survey questionnaire on transgender community/LAPD interactions in the city of Los Angeles. The results of this survey and forum directly contributed to the creation of a “Recommended Model Policies and Standards” for the LAPD’s interactions with transgender individuals which was signed by Chief Beck last year and now is being implemented by LAPD. She is also currently working with the Sheriff’s Department on Transgender Policies. She is a member of LAPD’s Community Police Advisory Board and the Los Angeles County Sheriff’s Department LGBT Advisory Council. In addition to her duties on these commissions, Ms. Samala also served on the Asian Pacific Islander Pride Council and sits on the Board of Directors of Chirstopher Street West/LA Pride and served as the Volunteers Committee chair for the Los Angeles Gay Pride.

For her extensive and continued work in the community, Ms. Samala has been awarded a number of awards. In 2006, she received the “Transgender Trailblazer Award” from the Los Angeles Gay & Lesbian Center HIV Organization. She was the recipient of the “Jose Honors Award” in 2001, “Lifetime Achievement” and “Stonewall 40 Trans-Heroes” awards from the International Court Council in 2008 and 2009, respectively. Ms. Samala was honored with the Martin Luther King “Keeper of the Dream” Award from the City of West Hollywood, the KCET TV Local Heroes awardee for 2012 and the “Spirit of Los Angeles” Award by the City of Los Angeles.